Doctor Strange in the Multiverse of Madness is the latest mind-bending Marvel release, seeing the return of the eponymous sorcerer, his first solo outing since his origin film in 2016. With Evil Dead and original Tobey Maguire Spider-Man director, Sam Raimi at the helm, Multiverse of Madness see the MCU take a rather dark, scary turn. But despite this, the end result is sadly underwhelming.

Following on from the events of Spider-Man: No Way Home, the film opens on a Doctor Strange (Benedict Cumberbatch) from an alternate universe, trying to protect a young girl, America Chavez (Xochitl Gomez), who’s being chased by a demon that wants to absorb her special power – the ability to traverse the multiverse. Strange saves her and enables her to jump into an alternate universe to escape the demon.

In the current universe, Stephen is attending the wedding of his lost love Christine (Rachel McAdams) when it is interrupted by the arrival of a giant octopus monster, who is chasing America. Strange and Supreme Sorcerer Wong (Benedict Wong) rescue her and kill the creature, noticing that the monster has witchcraft runes on its body.

Strange decides to seek out Wanda Maximoff (Elizabeth Olsen) for her help with the witchcraft, only to discover that she is the one behind the attacks on America. After acquiring the Darkhold and becoming the Scarlet Witch, Wanda is seeking to obtain America’s powers in the hopes of using the multiverse to reunite with her sons. Refusing to cooperate with Wanda, Strange’s efforts to protect America result in a mind-bending trip across the multiverse, where they come across a few familiar faces in their bid to stop Wanda’s violent crusade.

Multiverse of Madness opens with a bang and never really lets up across its 2 hour run time, with Strange jumping from battle to battle in his efforts to out run Wanda. It’s definitely never dull, although, with every battle heavily laden with CGI, the action can get a bit exhausting. There are however some rather inventive ideas thrown in that really do entertain – Strange wielding musical notes as weapons is a particular standout.

The film takes an unusually dark turn and Sam Raimi is definitely the right man for the job. His style fits well with the horror-based aspects of the story and he turns this into something much darker than anything else that has come before it in the MCU. I do feel that Raimi has possibly not been able to fully unleash himself here, most likely due to the constraints of the MCU and a 12A rating, but it’s definitely the most gruesome Marvel film so far with a hell of a body count. The plot, however, leaves a little to be desired.

It was good to see Cumberbatch back in the forefront as Strange, and him alongside Benedict Wong always proves entertaining whenever the two are on screen together, but sadly everyone here has been let down by the plot. Elizabeth Olsen’s Wanda was brilliant in WandaVision, but here she’s been ruined by a terribly lame crusade to be a mother, with some cringeworthy lines to boot. As a villain she’s lacklustre and the entire film just lacks any real sense of threat or world-ending scenario. Paired with Strange’s constantly self-pitying over his love for Christine, a lot of the plot becomes quite irritating.

They’ve managed to weave in some of the storylines from the animated series What If…?  and also bring in other characters from the wider MCU and multiverse, but these are with varying levels of success. Some of the What If…? storylines are brilliantly done, but the introduction of the other characters is a little underwhelming, even if the way some of their roles play out is pretty darkly hilarious. No Way Home showed how Marvel can seamlessly incorporate characters from other universes into one film, and sadly Multiverse of Madness just couldn’t match these high expectations.

Doctor Strange in the Multiverse of Madness is an entertaining and surprisingly short entry into the MCU, with some great, amusing connections with other parts of the Marvel universe. But unfortunately, the plot lets this down and results in the film feeling very lacklustre and underwhelming.

Director: Sam RaimiWriter: Michael WaldronStars: Benedict Cumberbatch, Elizabeth Olsen, Chiwetel EjioforSummary: Dr. Stephen Strange casts a forbidden spell that opens the doorway to the multiverse, including alternate versions of himself, whose threat to humanity is too great for the combined forces of Strange, Wong, and Wanda Maximoff. 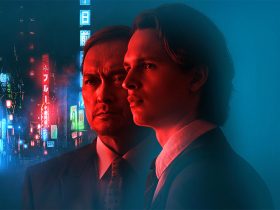