The Gray Man is the much-anticipated spy thriller from the Russo Brothers, now showing on Netflix. Heralding a return to film for Ryan Gosling who was last seen in 2018’s First Man, expectations for this high-budget thriller were high. And while it’s far from brilliant, it’s still a fun, action-packed entertaining two hours.

Directed by Anthony and Joe Russo, the film follows Sierra Six (Ryan Gosling), a mercenary working for the CIA. After being recruited while serving prison time for murder by Donald Fitzroy (Billy Bob Thornton), Six becomes the last to join Fitzroy’s Sierra programme and is trained to be an elite assassin. 18 years later, Six is on a mission in Bangkok with Agent Miranda (Ana De Armas) to kill an unknown mark as directed by CIA Chief Denny Carmichael (Regé-Jean Page). The job goes awry and when coming face to face with his mark, Six discovers that the man is in fact Sierra Four (Callan Mulvey), a member of the same programme as him.

After fatally wounding Four, Six is handed an amulet containing a drive full of dark secrets about the CIA and Carmichael. Skipping his exfill, Six enlists the help of the now retired Fitzroy to get him out of the country. However, Carmichael realises what he’s up to and sends fellow agent Suzanne Brewer (Jessica Henwick) and ex-CIA private contractor Lloyd Hansen (Chris Evans) to take Six down and recover the drive at any cost. To do so, Hansen kidnaps Fitzroy’s niece Claire (Julia Butters) and puts a bounty on Six’s head. With skilled mercenaries and Hansen on his tail, Six must do whatever he can to evade capture while also attempting to rescue Fitzroy and his niece.

As spy action thrillers go, this is fairly by the numbers and has everything you’d expect from an espionage-based film. But despite the many similarities to the likes of Mission Impossible and James Bond, The Gray Man still feels very much like its own film. This is mostly thanks to the fast-paced filmmaking from the Russo Brothers and the incredibly engaging performances from Gosling and Evans.

The film looks great. It has an incredibly stylish aesthetic, which is fully evident in the opening scenes in Bangkok. Sadly some of these scenes are let down by some slightly questionable CGI and there are also some rather ill-fitting drone camera angles that don’t quite meet the mark. But despite this, it’s a very slick and stylish film. The action is especially well done and the choreography in the fight scenes is impeccable, and there’s barely time to think between each set piece. A notable mention also has to go to the beautiful graphics for the end credits, which definitely hints at a Marvel influence.

Gosling and Evans are the stars here, and they’re what makes this film so entertaining. Paired with a clever albeit occasionally cringey script that never takes itself particularly seriously, they’re both a delight to watch. Evans is a hoot as the dastardly Hansen and gets some of the best lines (nods to Babe and Gosling’s upcoming role in the Barbie film are pure genius), and it’s great to see him play a truly bad guy and have a lot of fun doing so. And Gosling brings a slightly more reserved, deadpan style to his character that works incredibly well with the script and he’s a natural with the action. It’s truly a delight to see him back.

Sadly some of the secondary characters aren’t given much time to shine. There isn’t enough Billy Bob Thornton and Regé-Jean Page seems to bear the brunt of most of the cheesy cringeworthy lines. And while she may have had more screen time here, Ana De Armas is never given a chance to shine in this like her turn in No Time To Die, despite this being a perfect opportunity to do so. I also felt like the ending was a little of an anticlimax and lacking in a proper resolution, but having now heard there’s a potential for sequels the lack of an ending isn’t a major surprise.

While it is in no way perfect and is let down by CGI and a severe lack of Ana De Armas and Billy Bob Thornton, The Gray Man is still a very entertaining and silly action thriller that has been well executed. It might not reinvent the espionage thriller, but it at least brings a lot more fun and lightheartedness to the genre. 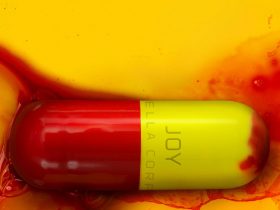